Back to:
Why I made my web site

“Intimacy requires courage because risk is inescapable.
We cannot know at the outset how the relationship will affect us.
Like a chemical mixture, if one of us is changed, both of us will be.
Will we grow in self-actualization, or will it destroy us?
The one thing we can be certain of is that if we let ourselves
fully into the relationship for good or evil,
we will not come out unaffected.”
―Rollo May, The Courage to Create 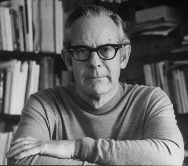 Rollo May (April 21, 1909 – October 22, 1994) was a pioneer in the field of humanistic psychology. He is best known for his work with existentialism. He created an Americanized version of existentialism that asked of people to go above and beyond what they dreamed they could do.
Unlike the European existentialists that dissected and discussed nothingness and an existence that based the future on this philosophical bent, May’s existentialism had the brand of new wave on it.

Beginnings
There is not a lot of information that litters the cyber waves about Rollo May as say compared to Sigmund Freud. Rollo May was considered somewhat of a rebel and this was apparent when he was asked to leave Michigan State University because of ties to “a radical student magazine”.

He left there and continued his studies at Oberlin College in Ohio where he graduated. He was at that, time involved with art and was making the acquaintance of Alfred Adler while residing in Greece and teaching English conversation. A major turning point for hi was when he returned to the United States and met Paul Tillich. It would seem that he would have a profound effect on Rollo May as evidenced by his path after meeting Paul Tillich.

He had entered Union Theological Seminary, Tillich was one of his teachers, and he graduated in 1938.
Another event that would shape his life and perspective on the world was that he contracted tuberculosis and had to be confined to a sanatorium for three years. Struggling with his health and facing the prospect of death and the end of his time in the physical realm Rollo May must have come full circle with his life and had time to spend looking inward and contemplating about the world and all that he ahd experienced up until that point. While in the sanatorium he read profusely and was greatly influenced by the existentialist Soren Kierkegaard who was another inspiration for the work that he would produce and the ideological perspectives that he would go on to formulate.
Having recovered from tuberculosis, he went on to study psychoanalysis where his colleagues were Harry Stack Sullivan and Erich Fromm.

He introduced existentialism into the United States and his published works made it very easy for the common reader to grasp. His philosophical theory was based on humanistic themes of things such as love, will and creativity. He brought existentialism into the mainstream of American pop culture. His influenced was great in the production of some of his classics such as Love and Will and The Meaning of Anxiety.

Theory
May is best known for his creation and of the diamonic, which he stated, was the motives of each individual. He stated that it was anything, which could overpower any one person. It was a construct that he used to highlight attention to the idea of motivation. He also created stages of development but they were far removed from the stages that Freud had developed.

In his stages, the influence of Humanistic Psychology is very apparent. Each stage as in the diamonic is different for each individual and they are not governed by age, as were Freud’s stages. He has four that he created to use in the lifecycle of individuals. They were Innocence, Rebellion, Ordinary and Creative.

Each of these stages touches on his main theme of anxiety and how an individual copes with it.
Another important aspect of May’s philosophical bent and his theoretical approach was the idea of will. This was simply being motivated enough to completing a goal.
There is not a lot of information about Rollo May to be found but he certainly had an important place in the history of Humanistic psychology. 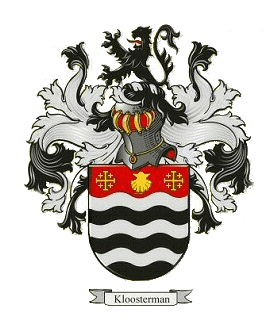